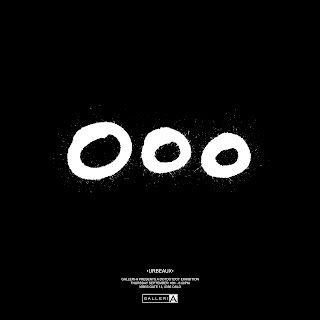 DOT DOT DOT
10th of september – 20th of september 2015
Dot Dot Dot returns to Galleri A and A minor with his new solo exhibition URBEAUX presenting his new artistic and project based direction. The anonymous artist has created several works for domestic and international festivals like Nuart in Stavanger, as well as PROJECT M during URBAN NATION in Berlin. He is known for his satirical view on the street art scene and its self-imposed grandeur along with the players who have transformed the format from the street and into the world of multinational commercialisation. More at: galleri-a.no
Posted by Kristian Folkman at 1:04 PM