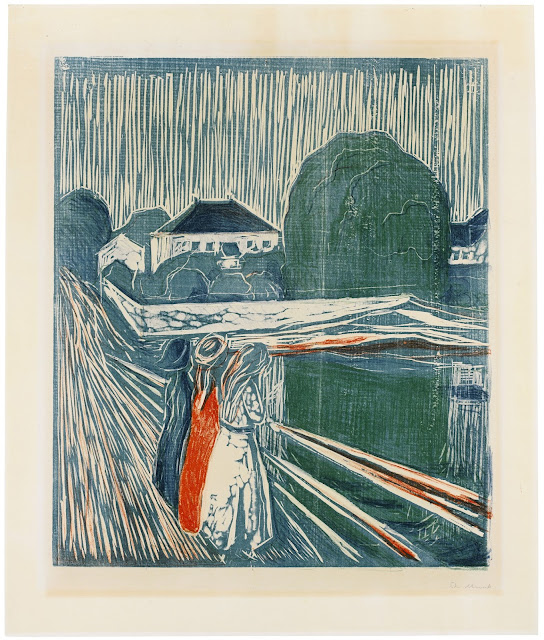 The motif of Edvard Munch's The Girls on the Bridge has been widely recognised as one of the
artist's most celebrated, from its first unveiling in 1901. Munch went on to produce several versions of The Girls on the Bridge, creating between 1901 and 1935 a total of twelve known oil paintings and a number of variations in etching, lithograph and woodcut. A rare woodcut from 1918, the first documented impression using the colours dark blue, green and bright red-orange against teal-blue, leads Sotheby's biannual Prints & Multiples sale In London on 29 September 2015 with an estimate of £ 200 000 - 300 000. For more info: go to Sotheby's

Posted by Kristian Folkman at 9:51 AM