Ander Zorn under the hammer at Sotheby's 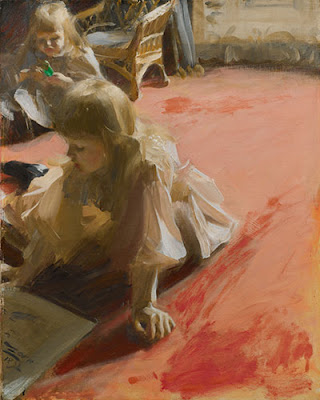 Anders Zorn
A Portrait of the daughters of Ramon Subercaseaux,
Source: Sotheby's