Sigurd Winge (1909 – 1970), German born, Norwegian painter and visual artist who worked with various media. Among his works are Terror from 1942 and Kvinnehode (Flyalarm) from 1944/1945. He was a professor at the Norwegian National Academy of Fine Arts from 1969 to 1970. Winge is best known for his graphic works, but was a master of other media as well. The influence from his contemporary artists like Axel Revold and Rolf Nesch can be seen in this work: 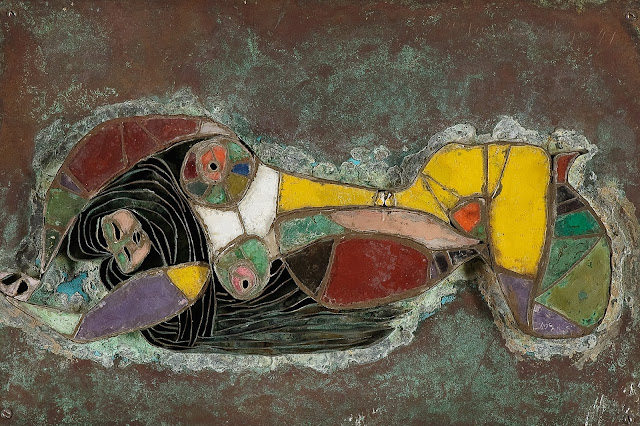 Posted by Kristian Folkman at 10:23 AM