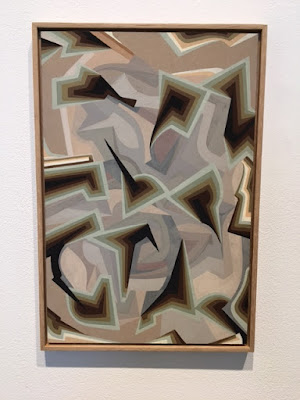 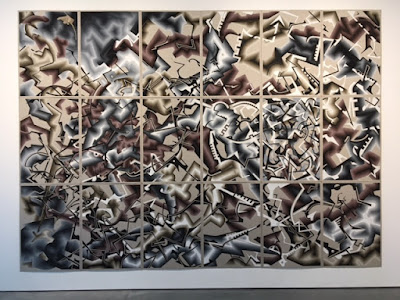 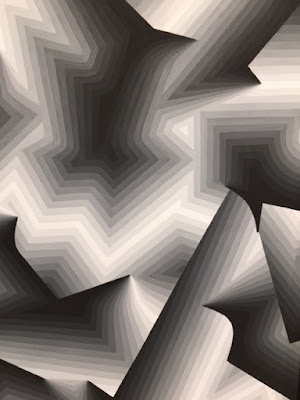 “Resilience”, 2016, acrylic on mdf (30 x 20 cm) is the ultimate painting in the room. I can not free myself from the word "powerhouse" Picture frames holding the energy of the picture within. And the rest: large panels covering walls at Gallery Haaken with Ness’ manic detailed and complex shapes, forms and colours. Urban, organic, meditative, explosive. Who the hell will let their arm connect mechanically and obedient to the creative brain producing a wall of 4 meter x 7 meter (!!) with mind boggling pencil drawings forming intricate patterns in different colours? Ness will, and the result is overwhelming. The idea is to reduce the artist to a human printer or medium through which creativity can flow. And it works!! Mystic, organic and modern, sucking you into the same flow. We had a hard time untangling from Ness organic universe making an exit to the real world.

Ataraxia (ἀταραξία, "not perturbed") is a Greek term used by Pyrrho and subsequently Epicurus for a lucid state of robust equanimity, characterized by ongoing freedom from distress and worry. The ancient Greek author Sextus Empiricus gave this definition: "ataraxia is an untroubled and tranquil condition of the soul." [1] In non-philosophical usage, the term was used to describe the ideal mental state for soldiers entering battle. (From Wikipedia).
Posted by Kristian Folkman at 6:59 PM